How Artificial Intelligence is Changing the Voice Acting Industry

In recent years, artificial intelligence (AI) has begun to make inroads in several different industries—and the voice acting industry is no exception. AI voice actors are becoming more and more common, which begs the question: will they eventually replace human voice actors altogether? Let’s take a closer look at how AI is changing the voice-acting landscape.

The Current State of AI Voices

How AI Is Being Used in Voice Acting

One of the most notable ways that AI is being used in voice acting is through the use of so-called “voice clones.” Using speech synthesis, AI can mimic a person’s unique vocal patterns and inflections. This technology is often used to generate computer-generated versions of famous people’s voices, which can then be used in movies, video games, and other projects. For example, the late actor Robin Williams was posthumously cloned for the 2018 movie “Call Me By Your Name,” and his voice was used to generate several different lines for the character he was playing.  Just recently James Earl Jones “retired” as the voice of Darth Vader by providing his voice and rights for AI use in future Disney/Star Wars projects.

The Rise of AI Voice Actors

What Does This Mean for Human Voice Actors?

So far, it seems like AI voice actors are primarily being used for supporting roles—but that could change in the years to come. As AI technology continues to improve and become more realistic, there’s a possibility that AI could eventually replace human voice actors altogether. Of course, only time will tell.

The Future of AI Voices

It’s impossible to say for certain what the future holds for AI voices, but it seems possible that they could eventually replace human voice actors in most applications. The main reason for this is cost: AI voices are much cheaper to produce than human voice actors. In addition, AI voices can be generated on demand, which further reduces costs. As AI technology continues to improve, we may start seeing AI voiceovers more and more.

Whether or not AI will eventually completely replace human voice actors remains to be seen. However, there’s no doubt that AI is having a major impact on the industry—and will continue to do so in the years to come.

For now, human voice actors can rest easy knowing that their jobs are safe from being replaced by AI voices. However, they should keep an eye on the development of AI voice technology and be prepared for the day when AI voices become indistinguishable from human ones.

M. Bruce Abbott is the Creative Director/Partner at Radio Lounge. Bruce has over 30 years experience as a voice actor, casting and production director, as well as extensive advertising, marketing, and podcasting experience. 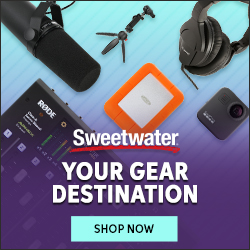 Disclosure: We sometimes earn commissions (at no extra cost to you) when you click through the links to cool stuff on our website.